There have always been technologies of intimacy, they are not the product of our internet age. We think, we learn, we love with people but often through things. The gift, the love letter, the dowry. The romance novel, the lovers’ hideaway, the celebrity crush, the diary, the Grindr profile. Memoirs, rituals, hashtags and funerals. Intimacy is always virtual even when it is at its most sensuously physical. It is mediated by memory, story and hope.

Bernini’s St Teresa and a Grindr profile are both snapshots of longing. Both represent bodies turned towards the other. Both tell us something about virtual intimacy.

Intimacy is a liminal space that connects us to something/someone whether that’s through screens, through falling in love with history, through bodies rubbing up against each other and dissolving, or through believing that an angelic arrow is piercing your insides with mystic fire. It’s also about bodies taking flight, refusing to settle. It’s troubling and wonderful.

But that all sounds too exceptional, because intimacy is also quotidian, it’s what Kathleen Stewart has called ‘ordinary affect’:

a surging, a rubbing, a connection of some kind that has an impact. It’s transpersonal or prepersonal—not about one person’s feeling literally becoming another’s but about bodies literally affecting one another and generating intensities: human bodies, discursive bodies, bodies of thought, bodies of water. (2007:128)

Love, especially queer love, is what some queer theorists have called a public feeling (Cvetkovich, A., 2007). The web and other digital technologies both extend and complicate that publicness, but queer love, has never been a private, self-contained emotion. We have always carried into our private moments both the weight and the possibilities of queer history.

We grapple with love and sex and hope and shame and with our first unexpected gifted moments of joy and pain through the only tools we have. There are the things we are told and the things that we come to know, each edging up against the way it seems things are. Both our personal histories and those public structures of feeling shape that journey to understand and to become intimate. For me this tangle of intimacy has always been about love, sex and religion.

Excerpt from my latest BentStreet piece for their terrific special issue Love from a Distance: Intimacy and technology in the era of COVID19. It’s a meditation on the technology of narrative through the lens of Robert Gluck and Margery Kemp

‘Let him kiss me with the kisses of his lips …’

This astounding poem is filled with the sensory world of the lover: the smell of him, the caught sight of his nakedness, the taste of him; but it is here with the kiss that it begins. With the lips.

When our lips part, what is that space between?

In a reverie that might be a dream, a memory, a fiction, Wojnarowicz writes of wandering through a labyrinthine structure following the hint of a boy: first it is the wind at his heels that blows past as a door opens and shuts, then the hum of his red jacket in the distance. Then the lure of his lips:

‘I could feel his lips against mine from across the room, tasting reefer or milk on them as he disappears through the square hole in the ceiling …’

Then he falls right into the taste of him.

‘Like water falls from the sky I leaned in close and slid down and unsnapped his jeans button by button using only my teeth. He was wearing no underwear and I peeled back the flag of his trousers, his dick falling neatly out to rest on my lips …’

………… This is an excerpt from a longer meditation on David Wojnarowicz the American writer, visual artists and HIV/AIDS activist. Full piece available at BentStreet 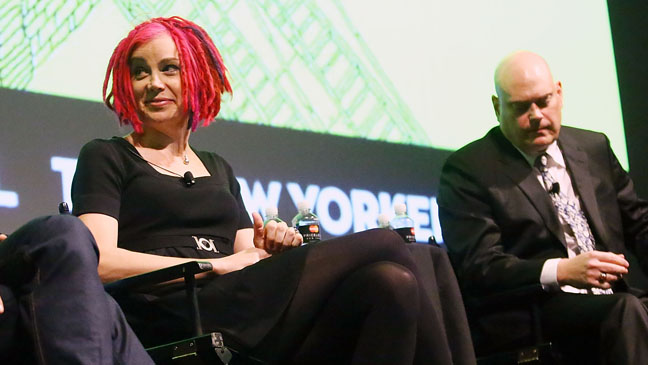 A lot has been written over the last few days about Jodie Foster’s Golden Globe speech. Foster’s meandering, oblique but strangely compelling speech was an immediate viral hit.

It was a coming-out speech although she didn’t mention the “l” word. But as rhetorician Sam Leith has pointed out this may be part of its power. It was as he points out a very deft performance not despite its ambiguity but because of it.

Lana Wakowski who, with her brother Andy, directed the Matrix Trilogy accepted a Visibility award from the American GLBTI rights group Human Rights Campaign and like Foster gave a quirky, endearing but much more explicit speech about her gender identity.

Both Foster and Wakowski spoke about valuing their privacy and both mocked the pantomime of confessional culture. But Wakowski’s critique has political bite while Foster’s is little more than a jokey jibe.

Foster said that she had already long ago done her coming out to friends and family but “now I’m told, apparently, that every celebrity is expected to honor the details of their private life with a press conference, a fragrance and a prime-time reality show.”

Wakowski has also been out for over a decade to her friends and family – a process that started in Sydney while she was filming the Matrix – and like Foster she rejected the idea of parading her gender identity through the talk show mill. But unlike Foster her speech has real analysis:

I am completely horrified by the “talk show,” the interrogation and confession format, the weeping, the tears of the host whose sympathy underscores the inherent tragedy of my life as a transgender person. And this moment fulfilling the cathartic arc of rejection to acceptance without ever interrogating the pathology of a society that refuses to acknowledge the spectrum of gender in the exact same blind way they have refused to see a spectrum of race or sexuality.

Foster went on to mourn the lost virtues of privacy. Foster, now fifty, was accepting a career achievement award from the Golden Globes but as she noted she had been a star since she was three.

But seriously, if you had been a public figure from the time that you were a toddler, if you’d had to fight for a life that felt real and honest and normal against all odds, then maybe you too might value privacy above all else. Privacy. Someday, in the future, people will look back and remember how beautiful it once was.

Wakowski also talks about privacy but not as a nostalgic lost beauty. Again her reasons for valuing privacy and agreeing to give it up are more complex. Neither her nor her brother have done interviews for over twelve years. They valued the “egalitarian invisibility” of anonymity which gives you a particular access to civic space and allows a regular participation in public life, she says.

After completing their last film Cloud Atlas, for a variety of reasons they began to discuss whether they might do interviews. During these discussions Wakowski recalled a line from one of the characters in the film. The character says: “If I had remained invisible, the truth would have remained hidden and I couldn’t allow that.”

Wakowski comments: “she says this aware that even at the moment she’s saying it that the sacrifice she has made will cost her her life…. I start to understand just how complex the relationship between visibility and invisibility has been throughout my life.”

In the rest of the speech Wakowski recounts a number of key incidents in her movement from invisibility to visibility.

We live in a radically new environment that media academic Jeff Jarvis calls “the age of publicness”. He argues that the fact that we now live much of what was once regarded as private in the public domain has brought great personal and communal benefits. It enables better collaboration. It breaks down taboos. It enables the “wisdom of crowds”. And it improves relationships. It enables gay men, lesbians and trans people to live open and productive lives.

Jarvis has written about this both as a media theorist and as a public survivor of prostate cancer. He argues convincingly that by going public about his cancer in talks and blog posts he not only contributed to an environment that may encourage other men to be tested but he gained lots of useful information and support in response.

Privacy advocates are quick to remind us about the ethics of privacy. In his book Public Parts Jarvis argues that we need to think about both the ethics of privacy and the ethics of publicness. While we are certainly obliged to think carefully and act respectfully when handling the informational lives of others, we also need to think ethically about the impact of our own public declarations. Ethics are about how we contribute to the public good and we do this as much through sharing publically as we do by respecting the private lives of others. Jarvis again uses the cancer example. By being public a breast cancer patient might inspire other women to get examined, or her public declaration may even reveal a up a cluster of cancers in her environment that need investigation.

It is strikingly clear that Wakowski has thought long and hard about the ethics of publicness while Jodie Foster remains focused on the values of privacy.

Wakowski realises the public good that comes from visibility – the lives that might potentially be saved – and knows this far outweighs any abstract value that might attach to her privacy. That is often what ethical decision making is about: weighing up the relative costs and benefits of two seemingly mutually exclusive actions. She concludes:

[As a teenager] I couldn’t find anyone like me in the world and it felt like my dreams were foreclosed simply because my gender was less typical than others. If I can be that person for someone else [pause, applause] then the sacrifice of my private civic life may have value. I know I am also here because of the strength and courage and love that I am blessed to receive from my wife, my family and my friends. And in this way I hope to offer their love in the form of my materiality to a project like this one started by the HRC, so that this world that we imagine in this room might be used to gain access to other rooms, to other worlds previously unimaginable.

There may well be complex personal reasons why celebrities remain in the closet but to justify it with a nostalgic appeal to the “beautiful” days of lost privacy is no longer ethically convincing.