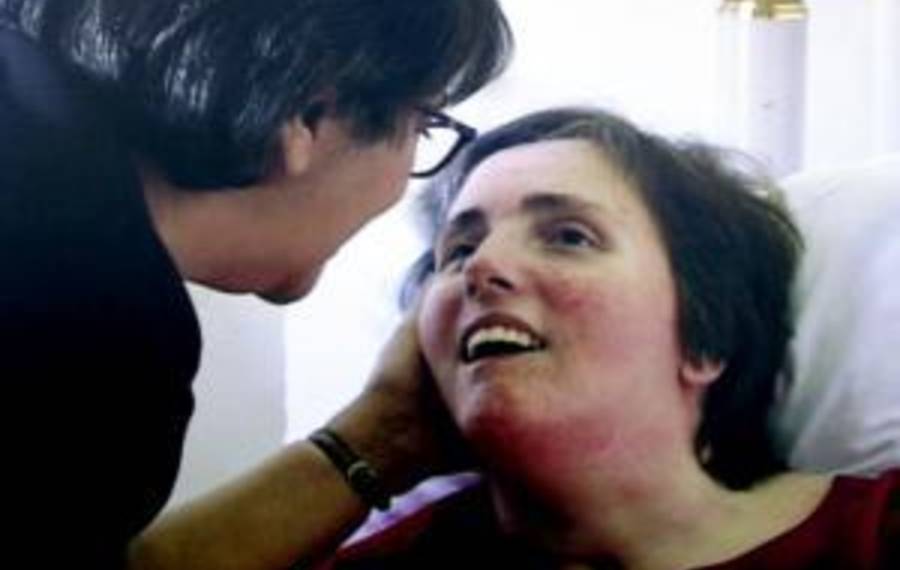 As many commentators have noted (see the Howard Kurtz round-up) the battle over Terri Schiavo’s life, death and consciousness is the latest episode in the culture wars. An interesting article in USATODAY surveys some of the opinion in European newspapers. The European newspapers point out the startling contrasts in the the US right’s theology of life:

In another Times opinion the linkage is with the death penalty:

“The Terri Schiavo case shows just how emphatically the U.S. and Europe are moving on different paths on the ‘right-to-life’ — or in this case, the right to die,” starts one opinion piece in The Times. Later in the article: “The U.S., so impassioned about the right to life in the case of abortion and euthanasia, appears wedded to the right of the state to execute criminals.”

One of the fascinating things about the political dance around Schiavo’s hospital bed is that it is not just the European’s, with the perspective of distance, who see through the theatricality of Bush’s quick flight back to Washington for a 1.15am signing of the Congressional bill to “save” Schiavo. The Washingon Post reported a CBS survey that found that 82 percent of Americans – including 68 percent of people who identify themselves as evangelical Christians – think Congress’s intervention was wrong. Both ABC and CBS have also released polls which show that the overwhelming majority (74% in the CBS data) see congress’s action as motivated by “political expediency” (Kevin Drum via Kurtz). The Needlenose website has an interesting post on the media’s surprisingly up-front labeling of all this as political theatre.

However, in the same WP piece Larry Sabato, director of the Center for Politics at the University of Virginia makes the point that the minority that does back congressional action probably supports it intensely, while the majority that disagrees “won’t remember this woman’s name in a few months.”

I think this is largely true but I suspect that the case will hold some continuing mythic impact just as many people will remember the name Karen Quinlan even if they cannot quite place it.

The mythic import of the case is highlighted for many players and media commentators by the proximity of the Easter weekend, and the metaphor of the “Terri Schiavo passion play” has been used repeatedly. However the play of passions isn’t as simple as it seems American Prospect’s Terence Samuel in one of the best pieces I have seen on the case points out that “a close reading of this case suggests that it is about many things (including politics, religion, modern medicine, aggressive weight loss, fertility treatments, medical malpractice awards, and deep moral and ideological beliefs)”. That is of course why it has been taken up by everyone from media commentators, bloggers, the Pope, Bush, Congress and even a 10 year old boy who was arrested yesterday because he was trying (with his father and sisters) to bring Schiavo some water.

Samuel notes how congress majority leader Tom DeLay constantly used the brain dead woman’s first name “Terri” in his congressional speech and referred with haunting effect to her “parched” mouth and “throbbing” hunger. Another aspect of the rhetorical construction of the weak innocent Terri, that I haven’t seen anyone comment on, is the haunting pictures that have been reused constantly in media reports. 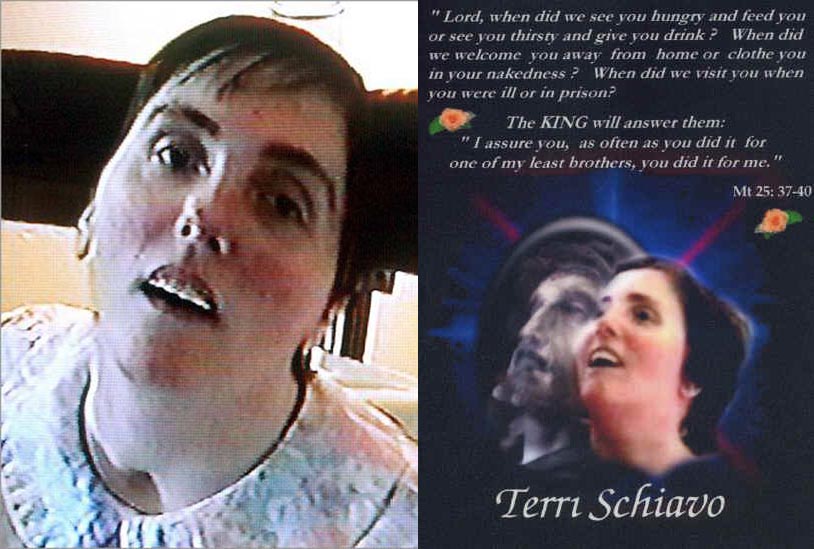 In these images Schiavo looks imploringly and lovingly towards the camera or towards her mother but she also has the look of a mystic or mad woman. Her consciousness – which is at the heart of this whole drama – is at once affirmed and elided by these images and Terri Schiavo once again enters the realm of the symbolic, transfixed and transformed by both her condition and her representation. This is all made very explicit by a right to life poster which merges the image of Schiavo and Christ, both lost in their own passions.