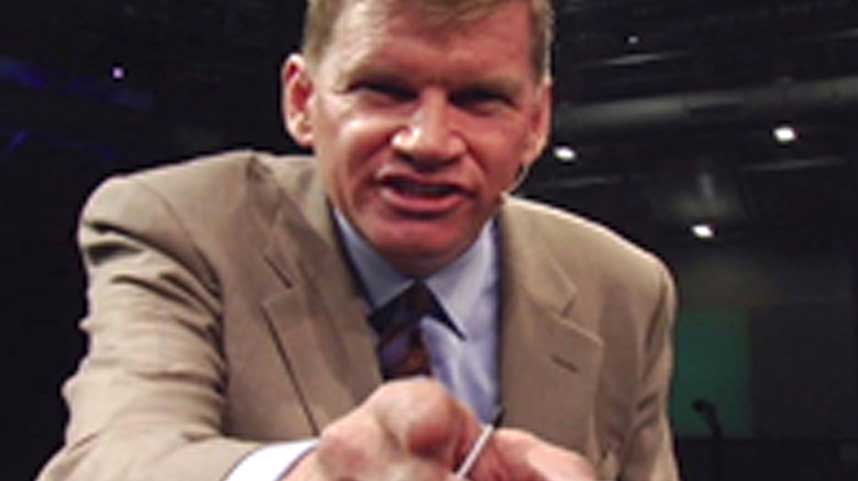 In amidst following the election coverage (and all my corrections) I have still found time to be fascinated by the Ted Haggard scandal and have been spending time as a lurker in the Christian blogsphere (a revelation in itself – a very vibrant and diverse community) where the discussion has been fierce. What struck me immediately is how Christians, no matter their protestations, have taken it in their stride, this is because in some way “sin” is even more familiar to them than sanctity. As Jeff Sharlet commented on radio open source:

Is this the end of the Christian Right? No, no. Where does it go from here? Ted’s downfall is just going to make the movement stronger…This is a classic narrative, the fallen preacher. They know how to deal with this story, they depend on this story for drama, just as much as secular reporters depend on it.

This embrace of the predictable narrative is very striking. It is what gives Christianity a disturbing circular logic. Take this comment:

Praise the Lord that He knows what is best for HIs children. Even through this dark time I see more of God’s grace. Although the world my use this as an excuse to point the fingers at us Christians as hypocrites…we can point back to Christ as our Savior. Let us brothers and sisters show the Lord that they too need a Savior as Ted Haggard does. Let us show the world that He will forgive His child and that we are not perfect beings…just forgiven. Let us count it all joy through this trial and glorify God in the midst of it. We must stand together for the Lord’s sake.

Christianity as a narrative is all about the miracle of paradox: God/Man, Three-in-one God, darkness into light, he died that we might have life etc. At its most sophisticated it represents a deft worldview that engages in a beautiful dance with both the sacramental/symbolic and the materiality of life but at its most mundane it becomes just plain hokey: one door closes another opens. Either way, for the believer it is an unshakeable, incredibly buoyant framework.The other aspect of this symbolic world is that it is populated by a set of contradictory signs that depend on each other. The fall of Haggard is not only understandable it is in some ways necessary to the ongoing strength of the symbolic narrative and as Sharlet has pointed out the “gay man” (archetype not person) is also vitally necessary to the construction of the contemporary evangelical self.

This whole idea of purity as a way in which you can become a real activist in the cause. You might not be out there protesting outside an abortion clinic, or going out on a mission trip, but you are sort of conducting a mission trip in your own genitals. Driving lust out from your body the way Christ drives the demons out. And it makes everyone feel like, wow, I’m a part of something big…And the reason that the gay man looms so large is because, in their imagination, he’s the one who gives into his temptations entirely…The gay man, he’s not even procreating, it’s just about him, it’s just about pleasure, it’s just selfishness.

There have of course been some quite sophisticated takes on what Haggard means by Christian bloggers. The editor of Reformation 21 has what is in many ways a very traditional view of the whole episode but he recognises that there are two narratives and both the “denounce Ted” and the “just like Ted” narratives are equally flawed. But he does make the interesting point:

The Ted Haggard situation exposes a lot of dark reality in the evangelical movement that we should not gloss over in the interests of “grace”. A high percentage of our churches have hired ministers based solely on their oratorical gifts, with little consideration of whether or not they really are men of God. Godly men who lead holy lives are run out of pulpits so that hip, cool, media personalities can be put in their place. It is generally true, in my opinion, that our evangelical movement has pursued lifestyle happiness over biblical holiness, has emphasized numerical sucess over biblical truth, and has revelled in the gifts of men rather than in the glory of God. In this respect, I fear that the “show grace to Ted” argument fails to confront the values that dominate the broader Christian movement of which we are a part that have contributed to such scandals.

This post or others like it are not going to change these structural issues within American evangelical christianity but it does show a recognition that the logic of transformation at the heart of the personalised message of salvation does have to be taken seriously at the orgainsational level.